← more from
Lost Tribe Sound
Get fresh music recommendations delivered to your inbox every Friday.

Clutched in the Maw of the World 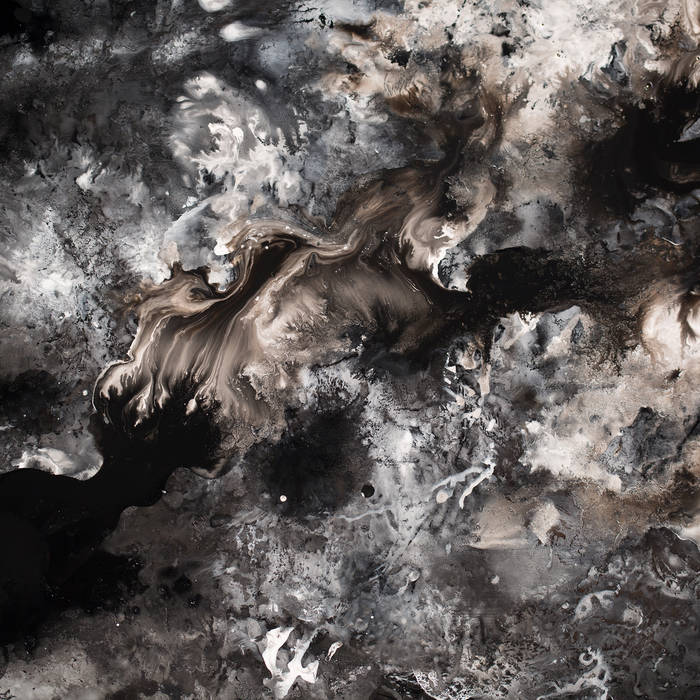 fitter_better_happier Eerily beautiful and raw. Most tracks on this album have a powerful presence that becomes almost abrasive and strikingly intimidating at points. Then you have my personal favorite; The Glisten, the Glow which is like the calm aftermath of the emotional storm that brewed throughout the tracks before it. Beautifully crafted and well done! The last song on the album wouldn't feel the same without all the other tracks before it. Favorite track: The Glisten, the Glow.

There have been many pretty and sorrowful pieces written for cello in recent years, yet Alder & Ash seem discontent in this mild approach, opting instead to purge the demons with a more unsettling and destructive aural palette. Not to say it’s all doom and gloom, as the moments of tension do give way to some resolve and enlightenment, but the true genius of Alder & Ash’s music lies in the balance of these extremes.

'Clutched in the Maw of the World', the second full-length album from Alder & Ash, is as much maximal as it is minimal. It punctuates periods of barren calm with thunder and screams, before creeping back to the silence and the dusk. The album is comprised entirely of cello. 'Clutched...' combines traditional classical modalities with gnarled, heavily treated modern techniques to devastating affect. Glass, wood, rain, stone and air are all present in the music, from the crystalline notes of the "Merciless Dawn" to the unyielding crashes and lumbering slabs of distorted rhythm of "A Seat Amongst God and His Children."

Alder & Ash treads on the experimental fringes of modern classical, perhaps too abrasive to play nice with the coy melodrama of the scene. Yet, the music has enough grit to take hold of lovers of doom, noise, and the like, perhaps winning over new fans of cello music from even the most hardened black metal die-hards.

Alder and Ash are not without their contemporaries, at times bringing to mind the lonesome bowed soundscapes of Warren Ellis, the calculated and darkly toned compositions of Christoph Berg, the rustic grandeur of the Montreal based label Constellation, or even the recent High Plains album on Kranky. With Alder & Ash’s penchant for unconventional rhythmics and freeform, teeth-baring experimentation one could also draw comparisons to the work of Colin Stetson.

'Clutched in the Maw of the World' is an honest and stark solitary journey in a desolate and destitute earth. It’s an album unafraid of being vulnerable, desperate and insecure, and above all else, it is not afraid to suffer.

"While Clutched in the Maw of the World is comprised entirely of cello, it would be a disservice to call it a “cello album.” Such a tag conjures associations with the staid and traditional: the old guard, performing old favorites, or even worse, their new age counterparts. Alder & Ash is the opposite." - A CLOSER LISTEN (smarturl.it/aclclutched)

"If you’re a student of storm clouds, you owe it to yourself to find this stuff." - POPDOSE (smarturl.it/aapopdose)

"8/10 STARS "... a bold work from an exciting new voice in contemporary composition, and one that should find receptive ears in fans of the sort of punk-influenced post-classical music that would sound quite at home on the Constellation Records roster." - Scott A. Gray - EXCLAIM! (smarturl.it/clutchedex)

"Each crushing drop of bile, blood and tears comes seeping through the speakers. There are those that choose to use their gifts to lift the listener up to see the sun through the fog. Copleand chooses to send us deeper into a hopelessness that’s flirting with the essence of Doom." - RAVEN SINGS THE BLUES (bit.ly/2foHYWM)

"It is truly unbelievable what a splendid beauty and power he captures from his cello... With Alder & Ash is an incredibly good and innovative name in the neoclassical world" - DE SUBJECTIVISTEN (subjectivisten.nl?p=7185)

8/10 STARS ‘Clutched in the Maw of the World’ twists and turns its ambient inklings into something shocking and breathless. - NORMAN RECORDS

"Think Warren Ellis meets Colin Stetson, beauty and abrasion laying side by side. This is neoclassical aimed through the prism of a fever dream, like an anthem for some ancient Nordic race." - VARIOUS SMALL FLAMES (smarturl.it/clutchedvsf)

"Each piece offers a vehicle for an intense outpouring of expression, whether it be joy, desolation, rapture, or loneliness." - TEXTURA (smarturl.it/aa.textura)

“Clutched in the Maw of the World” follows the sound template of “Psalms for the Sunder”, but extends it further with the use of silence, pace, atmosphere and leading the music in a grander soundtrack-esque style. While “Psalms…” was obviously a cello based record, “Clutched…” while also being a cello record shows more depth and variance in its compositions and the colors that the music displays." - DRIFTING, ALMOST FALLING (smarturl.it/clutched.daf)

Alder & Ash is a counterpoint of two extremes. The music lies in stillness, introversion, and penitence. It lies in violence, cacophony, and angst. Alder & Ash plays cello with loop pedal to create improvised minimal classical music, with influence of doom metal, ambient, post-rock and noise. ... more

Bandcamp Daily  your guide to the world of Bandcamp

Damu The Fudgemunk shares his recent collab with Def Pressé, plus jams from Common and more